The pumpkin soup was actually very nice, if not overly sexy. But the vegetables thing was truly boring and rater tasteless. Now had it been left out, I would have had less to critisize.

Sometimes less is more. Great dish, best of the day.

Great presentation. The Jus de Veau, perfect, the salad dressing and egg, great as topping on those wonderful, gallettes. Inside the galette there was veal, fois gras, apparently sweet-bread. It all came together as a very tasteful and delicate dish. I loved it. If it had not been for the 5 green pepper corns I would not have known.

It was not bad. For at restaurant at this level and a price of 30 eur — well I think its not good enough. Again, I f I had not had those vegetables on my plate I would not have missed them, and now their repetition was a subject of irritation.

As I said sometimes less is more. So I will have to adjust for that in my judgement of the dish. Actually two servings — the upper left corner being the breast, wonderfully cooked, moist as it should be. And in the bottom right a gateau, cake consisting of confit de poulet I think and a mash. The vegetables as you see, even the order they were same and excact copy of mine. But here they were more justifed in my opinion.

Very nice meat, very good salads, bread etc. And the price level with 20 eur for starters aand 30 eur for mains are as it is in Luxembourg.

Not cheap but standard. It would not be my choice for a romantic evening, I know other places that are more my style, but for a business dinner or just another night out, I would definetely consider coming back. As I said, the wine list was outstanding. The service and attention from the staff was good if not out of this world.

The waiter suggested a bottle when we had chosen our menu. I like that.

ART IN A BOX

Even if we opted for our own choice. So even with the minor flaws I experienced in mind I think La Mirabelle is understandable a popular restaurant and I think on most lunches or Friday evenings it is advisable to book ahead. Thanks for the fun Gijs. Looking forward to developing our friendship.

You are officially my youngest friend by the way. Food 6. Loved the presentation of the rib-eye dish. What about the sourcing of beef in Luxembourg: does it primarily come from local farms? Is it easy to find USDA prime?

Thanks Bo! In the local supermarket I buy Irish or Scottish beef which is considered great quality. Other supermarkets might offer Angus which I actually prefer ….. In local good restuarants they wll make a point by telling its local Luxembourgish or even local bio beef. That has been the case — ever since starting a good 15 years ago the mad cow desease in UK and Germany re- surfaced.

Clairefontaine has recently had Wagyu beef on the menu, but its not something you see often around here. The same goes for Nebraska beef, but it happens…as you will know by now, Schloss Berg across the river has had Nebraska beef as part of their menu on an off over the last months. 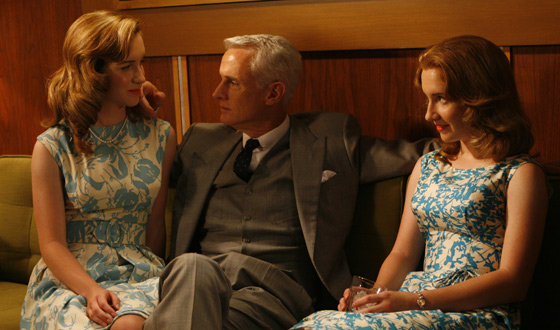 Bo, Thanks a lot for the highly informative details. Really good to know. I am curious and wanted to ask them some infos about its sourcing, but they could have replied with whatever seemed convenient to them.

So, I prefer relying on opinions of connoisseurs like you. Have a great one! So, now I am starting to be upset …not only did you choose to go to Schloss Berg without me. You were actually in Luxembourg!!! Now if that ever happen again my friend without you contacting me, you will officlally break my heart. You are commenting using your WordPress. Available on Netflix. And he later tells Rachel that she, surely, can see right through him, to the core of who he really is.

But he also derisively refers to people looking right through him, in a less complimentary sense. The ability to gaze so deeply into someone that you catch some glimpse of their essential self is one that lies at the very heart of Mad Men , which is about people who hope to manipulate the inner self into buying shit, after all.

But here, that hope is more about the dream that we can ever really know someone else as well as ourselves, the wish for a connection so deep and abiding that someone else will know the truth of who we are without our having to say it. When the season began, Rachel seemed like the kind of smart, confident woman who might challenge Don on some of his retrograde attitudes or draw him out just a little bit or something like that. Mad Men , even at its smallest level, is about people lying to themselves. Yet Joan is lying to herself as well. Indeed, she seemed far less into it than he was.

The series often uses its female characters as thematic foils to Don himself, and Joan is perhaps the foil who best represents the surface of pure, American perfection that Don appears to represent. Joan, too, has the perfect surface, and not just in terms of her appearance.

Joan is holding back oceans of emotion in favor of seeming detached, just like Don. For both of them, this may ultimately prove detrimental. Early in the episode, Joan and Roger spar about The Apartment.